Treatment Innovations reached out to Virtual Lab looking out for the development of Seeking Safety app. This platform is present-focused counseling model that helps people to progress on their treatments from trauma and/or substance abuse. 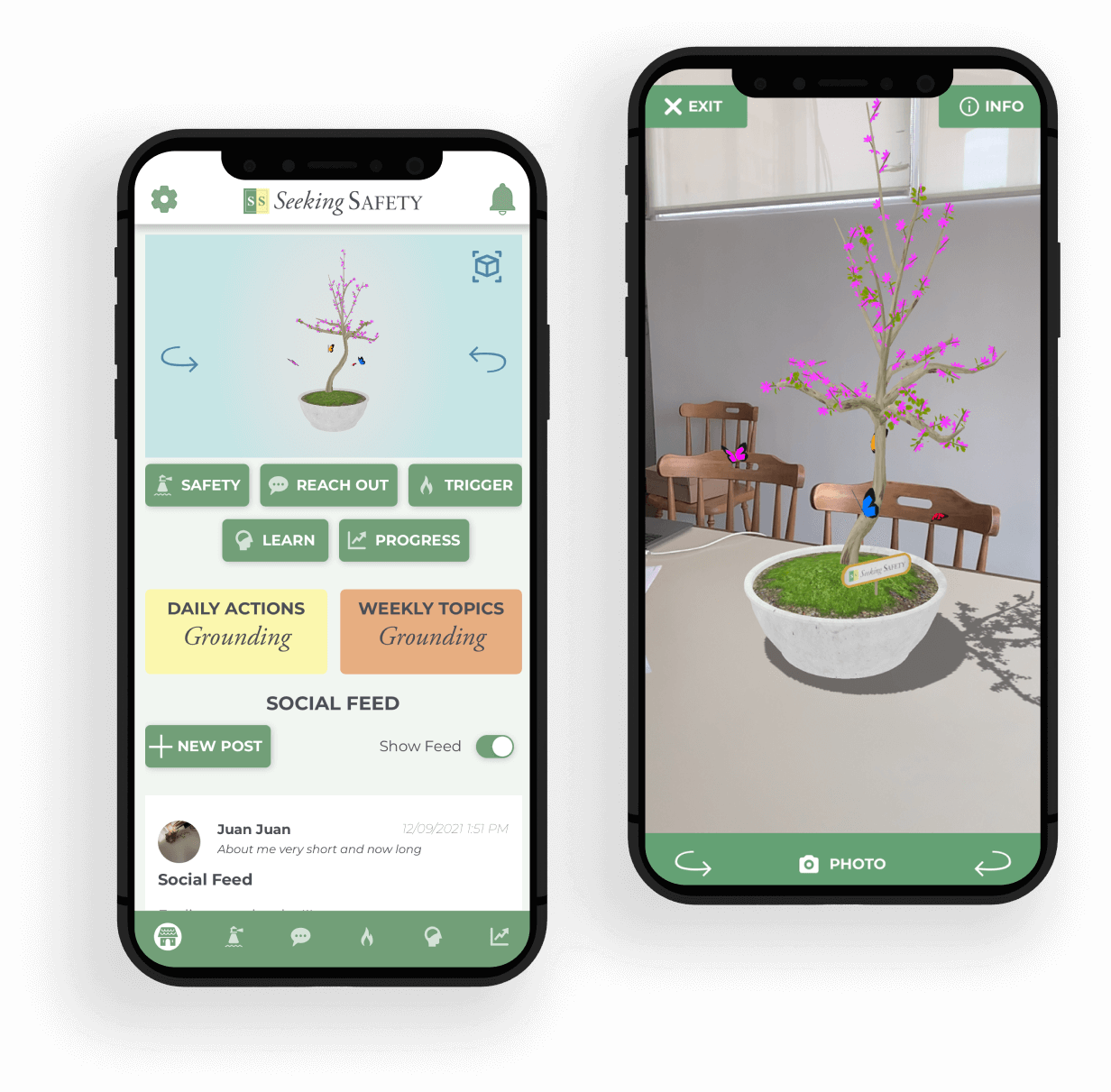 Seeking Safety is present-focused counseling model to help people attain safety from trauma and/or substance abuse. This model has been developed by Treatment Innovations, who reached Virtual Lab in order to develop a mobile app to allow users progress on their treatments.

After several weeks of working with the TI team, all the needed functionalities were compiled, and a product roadmap was delivered. The development phase took four months until the final apps were published in the stores. However, the first iterations of the app were released to study groups to test the functionalities and results of the app usage before extending to a broader audience.

Virtual Lab has become an essential part of our team. Their agility and tech knowledge is outstanding